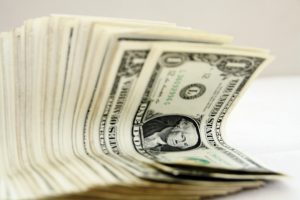 Dissatisfied with the recent increase of the Massachusetts minimum wage to $11/hour and its failed efforts to get the state legislature to move the hourly rate to $15, a coalition of community, religious and labor groups has submitted the issue for referendum vote. Assuming the question moves through the process to the November 2018 ballot, Massachusetts voters will decide whether to increase the hourly rate to $15, a move that surely won’t go over well with some business people.

Proponents of the hourly wage increase are unmoved. They believe $15/hour is necessary to allow low paid workers to afford basic necessities such as groceries, housing and heating. As it is, they say, full-time workers earning the current minimum of $11/hour make only about $22,000 per year. About a million Massachusetts workers will benefit if the rate increase is approved, they contend, and most are above the age of 20. They include nursing assistants, childcare providers, and teachers’ aides, the group says. Anticipating objections to the wage hike, the coalition points out that, despite the increase in the minimum wage from $8 to $11 in recent years, the Massachusetts economy continues to grow strongly.

If approved at the ballot box, the minimum wage will increase by $1/hour each year for four years, beginning in 2019. The measure will also increase the minimum tip wage from $3.75 to $9/hour during the same 4-year period. Under Massachusetts law, tipped employees may be paid less than minimum if their hourly rate plus the tips they receive are equal to or exceed the minimum hourly wage. On December 21, 2017, the Massachusetts secretary of state confirmed that enough signatures were submitted to support the ballot measure. The proposed wage increase now moves to the state legislature, which will have the option to approve it prior to any voting by the public. If that does not occur by May 2, 2018 or if the governor fails to sign a passed measure into law, proponents of the minimum wage increase will need to obtain another roughly 11,000 signatures from Massachusetts voters by July 4 to place the question on the 2018 ballot.